2nd February 2017.
Thursdays. Great because it’s pizza night, not so great since it’s usually the one night I end up working till late, too late to get home and make pizza.
This is a very sad situation. Coupled with adulting and having to do errands, sometimes the best value alternative without feeding on too much is this chain of fast food outlets.
Maybe I should buy shares in Colins Food, in fact I should’ve done so a long time ago, would’ve been sitting on a nice profit by now!

Anyway, photography related, one of those errands I had was to collect a developed C120 roll of film that my grandmother had kept since the 1960’s.
Bad news: No particular photos on there, apart from what looks like an out of focus camera strap, the roll was exposed though so I’m not sure why it was kept aside all these years.
Good news: No charge for developing the short roll and an opportunity to put in another roll of film for developing, this one being from grandmother’s Agfa that we started taking snaps with for this project. To my surprise, a 100 speed film was fitted, great, considering the film-speed dial is missing and permanently set to 100! Being another old roll of film, it’ll be interesting to see what’s on there in addition to my recent frames, next week we find out! 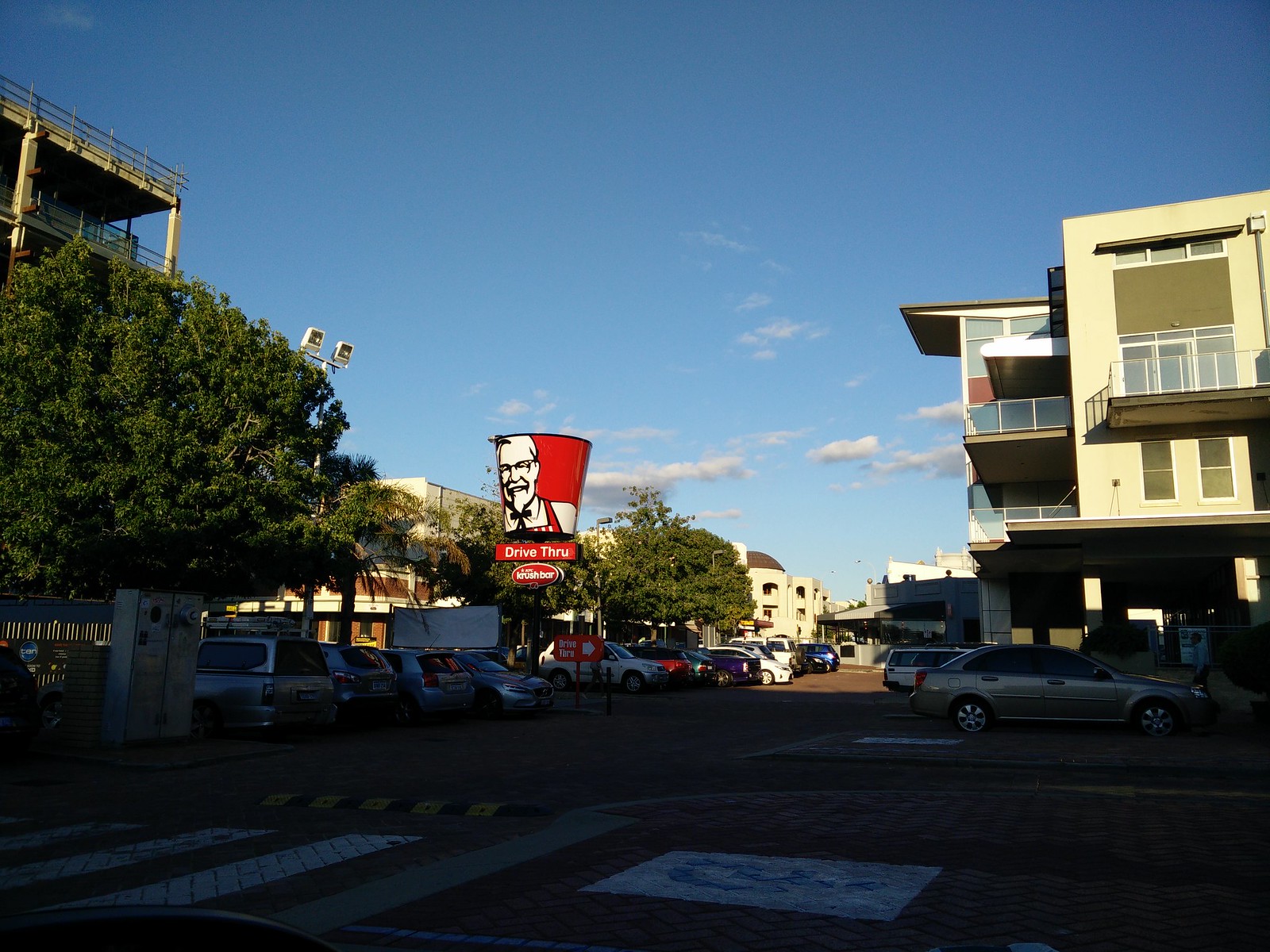