Some strange things did happen today, like a perfectly fine debit card being declined, to a rock shooting into my car’s cabin from another one’s tyres, to a mysterious sugary soft drink on the bonnet after just minutes away at the shops. Though I’ve survived this Friday the 13th.

Today’s capture is a distracting one on the drive after work, while manic amateur drivers try to kill each-other, instead of just changing lanes, on the Narrows Bridge.
But it’s always a great view despite the distraction, one not to miss each time. 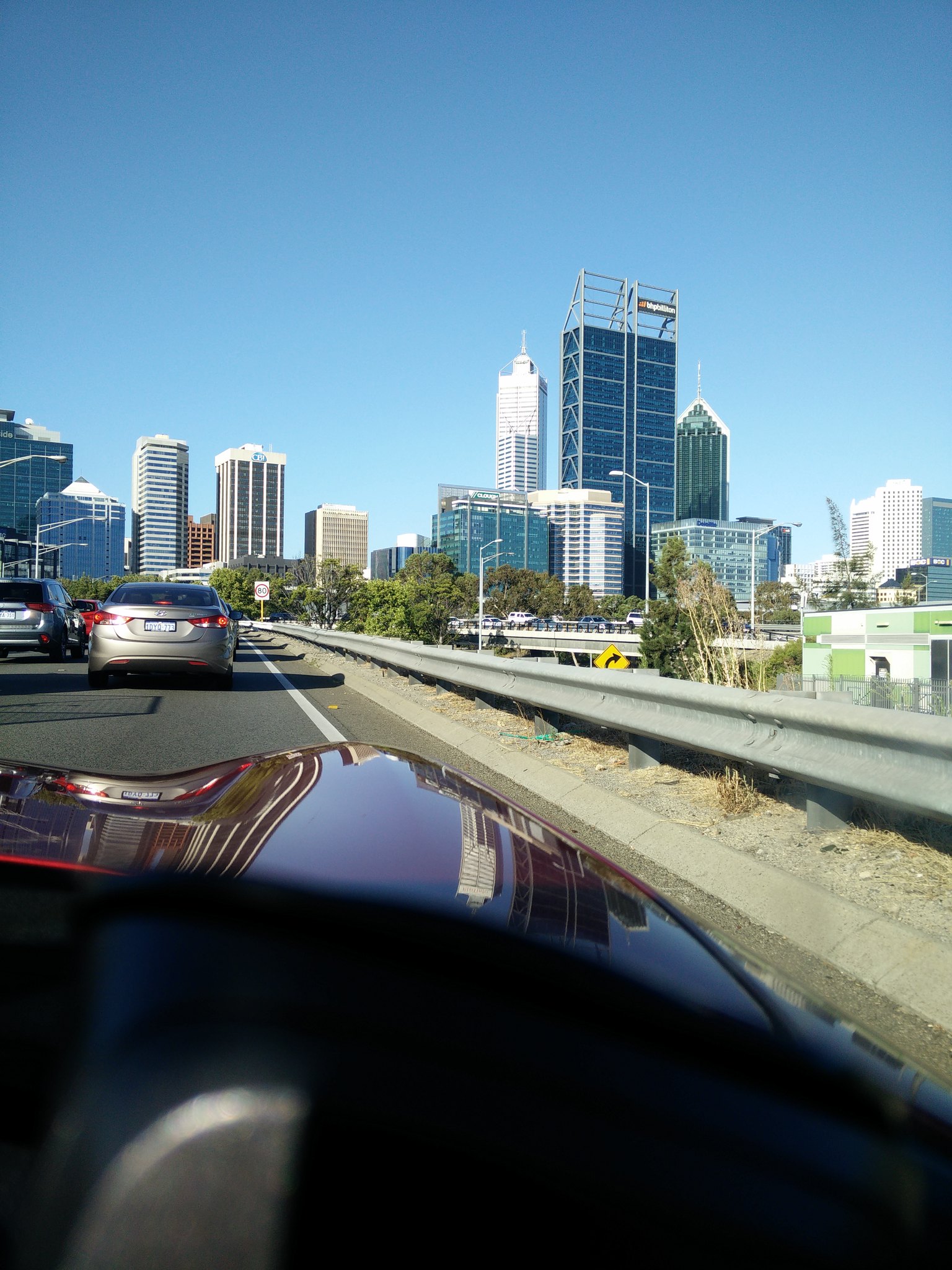