Just got home, a fair bit later than usual and sometimes nature rewards your eyes with the sunshine bleeding through a gap in the clouds. A photo on the phone didn’t do it justice, upstairs I rushed to grab the D3s + teleconverter + 70-200mm lens and the intense shine had now gone, but this unmistakable Tuart Hill view still gave a more subdued light.

For the first time in a while, I felt excited to get the camera setup and go chase the capture. 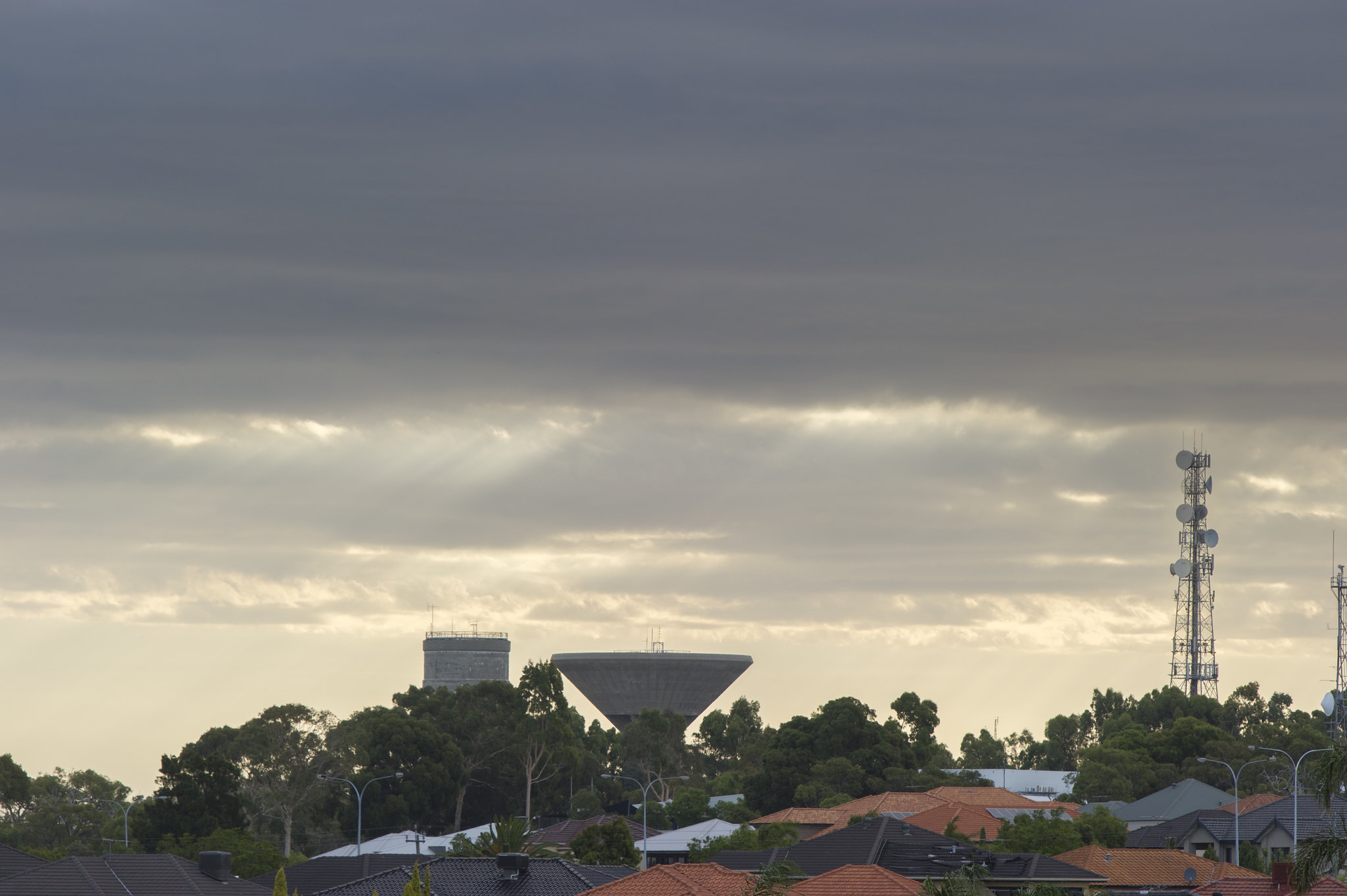